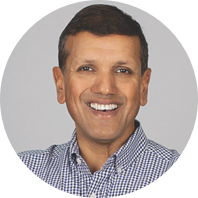 Manoj Badale was born in Maharashtra but educated in England and studied economics at Cambridge University. Since 1998 he has co-founded over 40 businesses – mostly technology-related – through the venture-building group, Blenheim Chalcot, that he set up with Charles Mindenhall. A cricket lover, he set up a consortium to purchase the Rajasthan Royals IPL franchise in 2007. The team won the inaugural tournament in 2008.

As the only English-based lead owner of an IPL franchise, Manoj has a unique perspective on the business of cricket and sports in general. Manoj not only advises on a number of major sporting bodies, but he is also heavily involved in charitable activities - particularly as founding chairman of the British Asian Trust. Manoj was awarded an OBE in 2018. Married with three children, he has immersed them all in his twin passions of cricket and Liverpool FC. 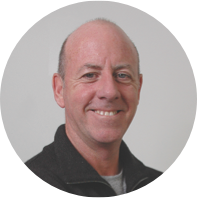 Although Simon Hughes had a successful 15-year professional cricket career with Middlesex and Durham (winning nine titles with Middlesex), he is best known in the game as ‘The Analyst’ for his unique cricket commentary on TV and radio. His commentary has earned him several national awards which have ultimately been copied by commentators for sports coverage around the world.

As well as his broadcast work, he is well-known as a newspaper columnist and author. Having written nine previous books on cricket, including the best-selling A Lot of Hard Yakka (1997), he is also the editor of ‘The Cricketer Magazine’. He has attended numerous IPL games both as a spectator and pundit. Simon follows the tournament avidly and has been a regular visitor to the sub-continent for over 40 years.

Please complete to get a copy of the book, contact the authors, help the appeal or for any press enquiries.

'A must read for everyone who wants to understand the business of cricket.’
- Rahul Dravid

Thank you for getting in touch. One of the team will be in touch with you shortly. In the meantime, why not connect with Manoj and Simon on their Hive Learning Group. A free online community in which you can access insights into the secrets of high performance in business and sport.

The new book by Manoj Badale and Simon Hughes on how the IPL's reinvention of cricket provides lessons for the business of sport.

Join our Hive group and access insights into the secrets of high performance in business and sport.